Phillip Pullman is the author of a trilogy of fantasy books which have been described by Christians as the exact opposite of the Chronicles of Narnia. His books, The Golden Compass, The Subtle Knife, and The Amber Spyglass, are quite popular and the first was made into a movie. Pullman absolutely detests Narnia and all that it stands for, and accuses it of many different things, including racism and sexism. I found a very good article on this by Michael Ward, who is very well versed, not only in Narnia, but in everything Lewis wrote.
Here is the article.
The thing that I find funny is how people are always trying to pin accusations of racism on everyone and everything. I once had a rather lively discussion on the Amazon comments with a lady who thought that The Horse and His Boy is racist. I attempted to show her that racism does not mean what she thinks it means. Nowadays, racism is thought to mean a negative portrayal of a colored person (usually black). However, that's ridiculous. Black people aren't perfect, and to portray one of them negatively is not racist.
The proper meaning of racist is someone who dislikes all blacks (or Hispanics, or Asians) merely and only because of their skin color and wishes that they did not exist. In this definition, it is impossible that Lewis was a racist, because he portrays dark skinned people (the Calormenes) as having both their good (Aravis and Emeth) and their bad (Rabadash and the Grand Vizier). This is something which Mr. Ward doesn't really touch on: that the definition of racist has been twisted, and no longer means what it's supposed to mean. That's why I've written this. However, the article itself is excellent.
They'll try anything to discredit Narnia. And while there are some legitimate criticisms of the series, because Lewis obviously wasn't perfect, the books are a testimony to (in my humble opinion) perhaps the greatest writer ever. And Phillip Pullman, with his anti-Narnia books, will probably (or at least, hopefully) be forgotten in a decade or so, while Narnia will continue it's popularity for hundreds of years. 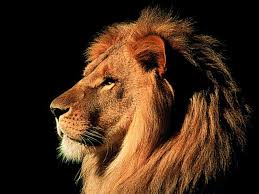 Posted by Laura Elizabeth at 10:38 AM

Most beginning writers (and I was the same) are like chefs trying to cook great dishes that they've never tasted themselves. How can you make a great (or even an adequate) bouillabaisse if you've never had any? If you don't really understand why people read mysteries (or romances or literary novels or thrillers or whatever), then there's no way in the world you're going to write one that anyone wants to publish. (This is the meaning of the well-known expression "Write what you know.")
- Daniel Quinn